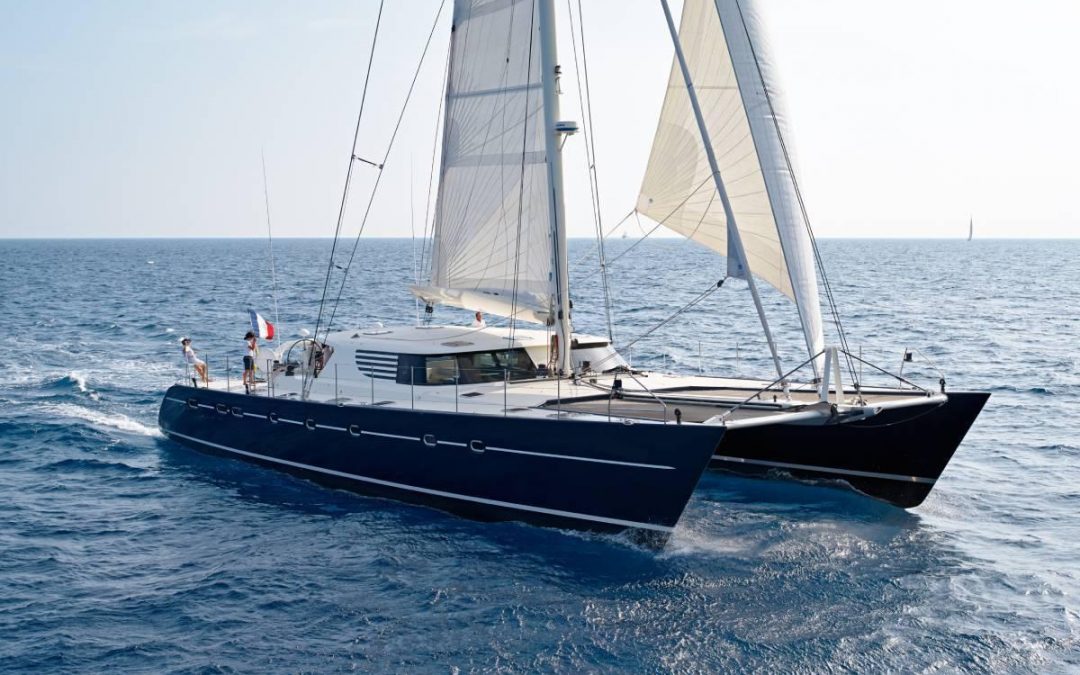 Covid-19 has cast a net of uncertainly over the entire world. Everyday we see stories about the economic and social impacts of the pandemic. On a smaller scale, people have been confined to  their homes and their movement restricted. Sailing, for the most part, was certainly not exempt  from the Coronavirus. From mid-March, countries began to close their borders to travelers from  other countries. Although boats could enter a harbour, most sailors were not allowed to leave their  boats and were required to fly a quarantine flag. This caused many inter-country sailing trips to be  postponed or cancelled. Many sailors, who were already at sea for the winter months, questioned  the logic of returning home. Several stories surfaced of couples and families extending their  voyages indefinitely. The thought is that they are safer alone on a boat than at home. The fear is if  somebody contracts it whilst at sea. Sailing events, classes and regattas were postponed or  cancelled around the world. Some events, such as the America’s Cup, is still under threat with  events scheduled from December through to March 2021. The cancellation of these activities  could impact sailing far beyond the foreseeable future. It wasn’t all bad for sailing, however.  Despite years of volatility, boat sales were up and people who had never dreamed of sailing can  now call themselves sailors. There is reason to believe that this number will only continue to grow  in the coming years. In this article, we will explore the issues referred to above and, despite all the  negativity surrounding Covid-19, we look at some of the unexpected ways it will contribute to  sailing worldwide.

On March 16th 2020, the USA closed its borders to several countries to curtail the spread of  Covid-19. In the preceding and following weeks, many countries did the same, some with harsher  restrictions than others. Some countries would allow entry if the traveller could show a negative  test result from the previous 72 hours. Other countries would ban all foreign and non-essential  travelers outright. For boaters, this meant that many inter-country passages were off the list for  Summer 2020. Although you can still travel by boat into these countries, there were various  restrictions awaiting you on arrival. During the months of March and April in New England, USA  for example, boaters entering a harbor would be required to fly a white flag on entry. This meant  that they were quarantining onboard for 14 days. Although difficult to track at scale, during the  early stages, the low quantity of boats made it much easier to follow. Throughout the summer  months, these restrictions were eased in certain places but tightened in others. South America is  a good example of those who have heightened boating restrictions. No cargo or cruise ship is  allowed to exchange crew or guests in any port in northern section of South America. Logistically,  this poses huge concern to many boaters with plans to visit these countries for work or otherwise.

Safety onboard a boat is dependent on a number of factors. Your crew, where you are going, how  long you are going for etc. All of these things impact the risk of exposure to Covid-19. In general,  it could be said that offshore sailors, who have set sail for a long period of time (1+ months) will  have less concern than inshore, recreational sailors. As mentioned, many people chose to extend  their cruises in the Caribbean or the Pacific when word came through about lock down. The only  times they would need to access the mainland is for collecting provisions or for a pump-out service. Limited human interaction certainly reduces the risk of Covid-19 but other dangers  become more pertinent. The primary concern here is that of weather. Hurricane season runs  generally runs from late August to early November. These storms have a history of devastating the  Caribbean which is where many sailors find themselves as a result of Covid-19. Hurricanes can  form in a matter of days making them very difficult to forecast and plan around. This is an  important consideration for those who chose not to return home in the early stages of Covid.

Inshore, recreational sailors are as susceptible to adverse weather as the offshore sailors  mentioned above but they certainly have faced some challenges of their own in recent months.  Some authorities restricted what sailors could and couldn’t do on the water. These included the  number of people allowed on board and who is allowed onboard. For many, this led to frustration  as they couldn’t take their family and friends racing or cruising. For others, they chose to sail to  less restrictive waters. The effect of the latter group led to large crowding in more liberal harbors around the world. Moorings were at a premium causing many boats to raft or share a mooring.  Although social distance is guaranteed whilst under sail, when you are packed into a small harbor, all bets are off. The effect of these gatherings on the spread of Covid-19 is hard to measure.  However, it may be a good lesson for authorities to allow more liberties, uniformly across the  board as opposed to forcing boaters to congregate in ‘havens’.

Like most other communities, the sailing community was sorely affected by quantity of cancelled  events and rearrangements. In terms of sailing, both the America’s Cup and the Olympics felt the  effects. The America’s Cup had two events cancelled earlier this year due to restrictions (for more  info on the next America’s Cup, check out our last blog post). The Olympics was postponed by a year to 2021. Several athletes who have been training to peak over 4 years will have to reassess  and keep their momentum going for another 12 months. The importance of these events cannot  be overstated for their contribution to participation in sailing. As a young child, I remember  watching the Olympic Laser fleet and itching to get out on the water as soon as I could. These  events bring sailing to the forefront and inspire sailors both young and old to take to the water.  Directly related to this influence, is that of sailing schools and clinics. Many schools around the  world could not open this summer due to the restrictions on gatherings and social distance.  These classes are primarily, youth focussed but many schools have offerings for adults too. The  lack of lessons this year may impact participation in sailing for years to come. Because sailing is  often a summer activity, to lose enthusiasm for a year could be lead to many young sailors  dropping out of the system. Yacht makers too, will have felt the pressure of the pandemic. Due to  the distinction of essential and non-essential businesses, many yacht makers were forced into a  production hiatus from March. This will inevitably lead to a drop in supply in boats of all shapes  and sizes.

The Positive Effects of Covid-19 on Sailing

Social distancing and lockdown resulted in many people seeking new, outdoor activities. No  matter where you were, sports stores around the world were sold out of a myriad of items. Yacht  brokers and sail boat resellers have noted a huge increase in boat sails in the past few months.  There are many reasons why somebody might buy a boat in the current climate. They might have  always wanted to learn to sail. They might have felt the urge to take up a new hobby. They might  feel safer on the water than they do in their own communities. Whatever the reason, this is a huge

coup for the boat industry which, until 2020, had been struggling to stay afloat. I had mentioned  that the supply for new boats may drop in the coming months. This may also have positive effects  for the boat industry. It will force buyers into considering a wider and more unique range of  options available. It also allows buyers to purchase a high quality boat for far less than the retail  price. The increase in new sailors can only lead to a bigger, stronger sailing community around the  world. Although many sailing schools were closed this summer, you can be sure that the demand  will not drop in 2021. This pandemic may have, inadvertently created a new generation of hyper enthusiastic sailors. In addition to new sailors, this time has given cruisers a new appreciation of  what is possible on a sail boat. For those who chose not to return home in March and April, they  have been given an opportunity which never would have happened but for Covid-19. With remote  work becoming more and more attractive to workers and employers alike, we could very well see  an increase in the cruising community in the near future.